The supervisory body of adesso SE

Chairperson of the Supervisory Board

Prof. Dr. Volker Gruhn (born 1963) co-founded adesso SE in 1997 and is currently Chairman of the Supervisory Board. He holds the Chair of Software Engineering at the University of Duisburg-Essen. His research focuses on software processes for the development of data-driven and mobile applications as well as cyber-physical systems. Prof. Dr. Gruhn is author and co-author of over 450 national and international publications and conference papers. He is a member of the University Council of the University of Leipzig and a member of the Board of Trustees of the Fraunhofer Institute for Software and Systems Engineering. He is also a member of the advisory board of BIPRO e.V., in which companies in the financial services industry have joined forces to optimise cross-company business processes through professional and technical standards. 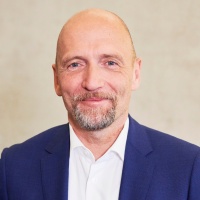 Member of the Supervisory Board

Prof. Dr. Gottfried Koch (born 1951) is a professor of insurance informatics and a member of the board of the Institute for Informatics at the University of Leipzig. Before taking up the professorship in 1998, he worked within the Helvetia Insurance Group St. Gallen and Frankfurt and as an independent management consultant. He was also managing director of FJA AG in Austria and Switzerland until 2000. He completed his studies at the German Insurance Academy in Cologne, the Johann Wolfgang Goethe University in Frankfurt and the University of St. Gallen, where he also earned his doctorate. He started his professional career as a trained insurance salesman at Frankfurter-Allianz Versicherungs AG.

Member of the Supervisory Board, Chairman of the Audit Committee 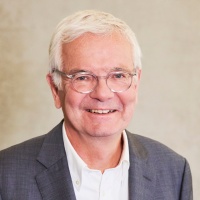 Member of the Supervisory Board

Heinz-Werner Richter (born in 1951) was a member of the Executive Board of Barmenia Versicherungen from 1996 to 2013 and in this function was responsible for IT and mathematics in the health and life insurance lines. He was also a member of the board of the German Actuarial Association for many years as well as a member of numerous committees of the German Insurance Association and the Association of Private Health Insurers. Today, he works as an actuarial trustee for private health insurers and as an expert. Before Heinz-Werner Richter began his career at Barmenia Versicherungen in 1977, he successfully completed his studies in mathematics and computer science at the Rheinische Friedrich-Wilhelms-Universität in Bonn with a degree in mathematics. Rainer Rudolf (born 1962) holds a degree in computer science from the University of Dortmund, co-founded adesso SE in 1997 and determined the company's early, solid economic development in the role of CEO until 2011. His responsibilities included finance and accounting, controlling, human resources, general administration and legal. After leaving the board in September 2011, Rainer Rudolf headed Stock Informatik GmbH & Co. KG, a leading software company in the field of occupational medicine and occupational safety, which was acquired by CompuGroup Medical Deutschland AG in 2015. From December 2016 onwards, Rainer Rudolf was responsible for the Dortmund-based software company W3L AG as a member of the Executive Board and moved to the Executive Board of SMF GmbH in May 2021 following the sale of the company and its merger with the parent company SMF GmbH. 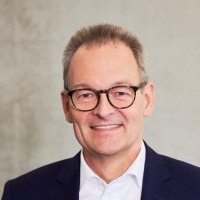 Member of the Supervisory Board (Vice-Chairman)

Dr. Friedrich Wöbking (born in 1950) is a proven expert in the IT sector as well as the banking and insurance industries. As a member of the Executive Board of Dresdner Bank AG, he was responsible for IT Services and Operations from 2003 to 2009. Prior to that, as a member of the Board of Management of Allianz Versicherungs-AG/Allianz Lebensversicherungs-AG and Deutsche Versicherungs-AG, he had been in charge of the personal insurance business since the early 1990s and later, among other things, of the IT and e-business divisions. From 1995 to 2009 he was also Global CIO of Allianz SE and Chairman of the Global IT Committee of Allianz SE. He holds a doctorate in computer science and mathematics and currently manages the business of FW ADVISORY Management Beratung. 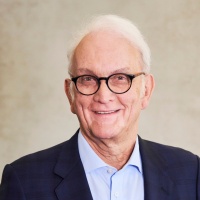